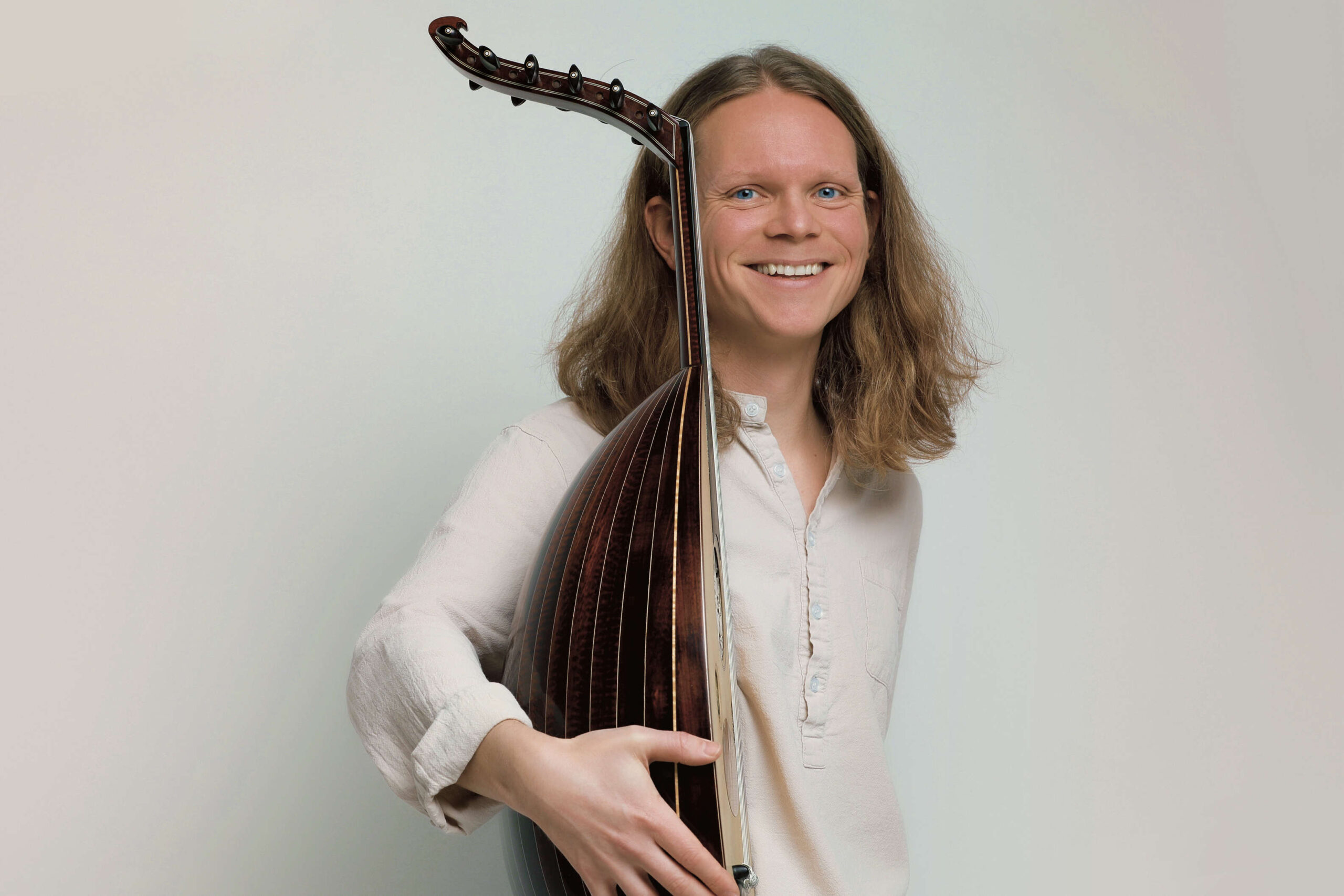 "The virtuous and magical compositions of this Oud-player turn out to be a magic carpet ride. His modern sound picks up the myths of ancient traditions and let us dive deep into the world of melodies."

David Niedermayer and "The Orientalists" are ambassadors of near eastern style modal music with an overwhelming joy of playing.

The way of the Oud / Bio

David Niedermayer works as a musician, composer and teacher. He plays the Oud, which is considered to be the queen amongst oriental instruments and  the mother of all European lute instruments we know today. In his virtuous and deep concerts he presents his self-written makam-compositions in the modal style as well as music from Turkey, Greece, Syria and lots of other countries. In 2011 he received his diploma from the Academy of Music in Bremen. In 2013 he was honoured with the artist award of Bremerhaven. In 2020 he was certified as connoisseur of Turkish music by the Oriental Music Academy in Mannheim. Most recently, in 2021, his musical work has been funded by a grant from the Senator of Culture, Bremen and the German Orchestra Foundation.

All content on this side (Videos, pictures and text) is free to use for press representatives and contractual partners for promotional purpose.

This website uses cookies to improve your experience while you navigate through the website. Out of these, the cookies that are categorized as necessary are stored on your browser as they are essential for the working of basic functionalities of the website. We also use third-party cookies that help us analyze and understand how you use this website. These cookies will be stored in your browser only with your consent. You also have the option to opt-out of these cookies. But opting out of some of these cookies may affect your browsing experience.
Necessary immer aktiv

Any cookies that may not be particularly necessary for the website to function and is used specifically to collect user personal data via analytics, ads, other embedded contents are termed as non-necessary cookies. It is mandatory to procure user consent prior to running these cookies on your website.